Minecraft's monsters are so annoyingly tenacious and effective that anyone who plays in survival mode can't help but hate them. That's why we're here to tell you how to kill them!

In this tutorial, we'll teach you how to harness a unique property of lava to create blades that can be both deadly and controllable. Lava flow can often be stubborn and unpredictable, which is why lava blades are the best way to use lava to your advantage.

Here's how to do it!

You can make it as long as you want, but it needs to be exactly 4 blocks long. This particular platform is 5 by 4, but you could just as easily make it 10 by 4. It should only be 1 block high, though. 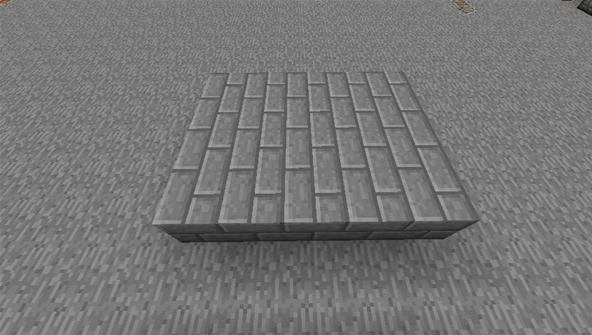 It can be made of any non-flammable material, not just stone.

Add walls around the sides you don't want lava spilling out of. The area inside my walls is now 3 by 3. This is important, because you need a distance of 3 from the back wall to the front. 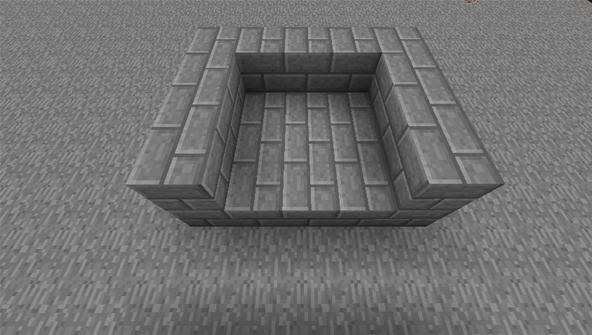 Add signs along the front where you would like your lava to go. Make sure that the signs are attached to the blocks, and not sitting on the floor. This is important, because it's necessary for the blades. You could also use ladders, but signs are just generally better because they're smaller and inert. 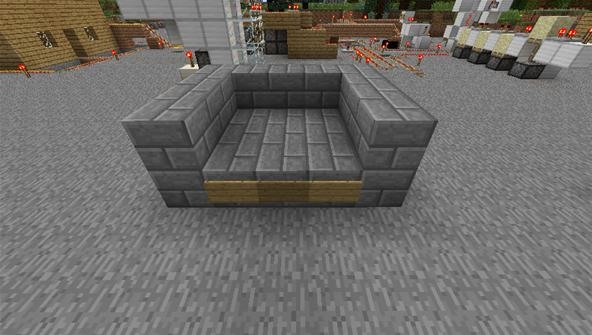 The signs don't have to say anything, but you can add things like 'BURN, FIENDS' if you'd like.

At this point, you could add lava and just be done. Put lava along the back wall and nowhere else. Make sure that there's lava at each block against that wall, and that it's flowing outward, rather than sideways. 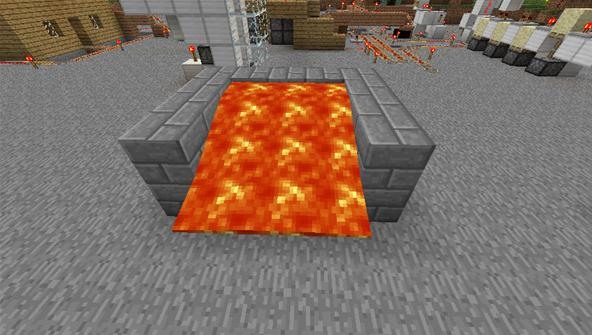 If you've done it properly, the lava will create a thin 'blade' that hovers in the air. It will easily toast any monster that happens into it. 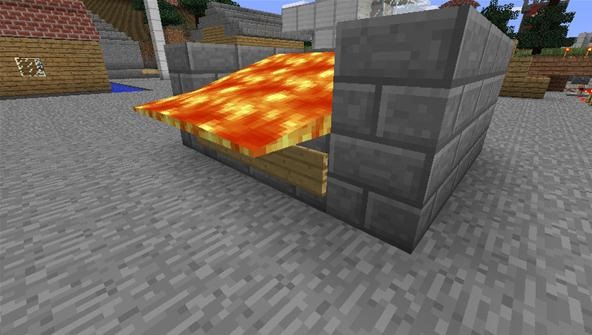 But what if you don't want a big blade of lava just hanging out all the time? What if you would occasionally like to welcome guests into your house?

Then proceed to Step 5, my friend!

Step 5 Put your lava away

Wall your lava in. Use non-flammable blocks only 1 block high. 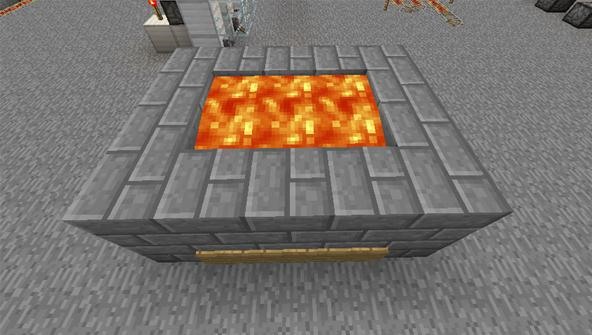 Make sure there are 2 empty spaces between your scaffold and your lava-containing wall. This is only temporary, so it doesn't matter what blocks you use. 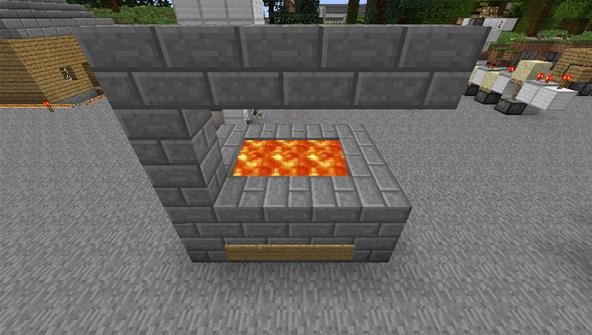 Everybody loves pistons. Add sticky pistons facing down, and then optionally get rid of your scaffold. 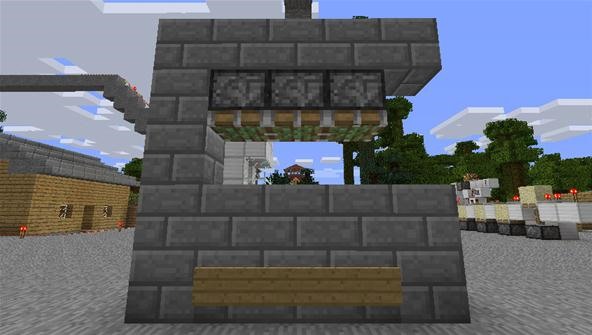 You can keep it, if you like how it looks, but I'm going to get rid of it like so: 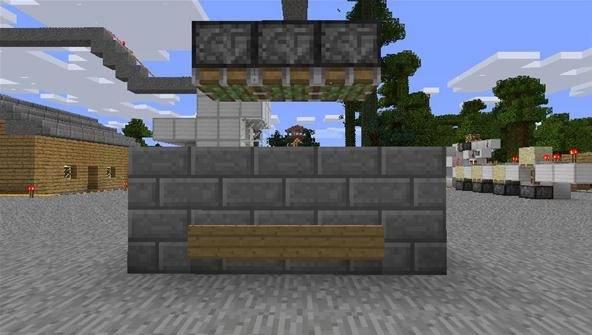 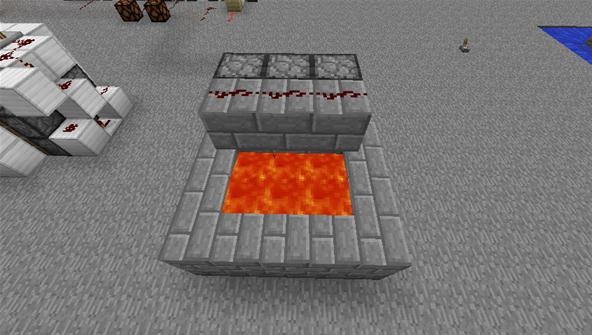 Add blocks behind each piston and put redstone on them. 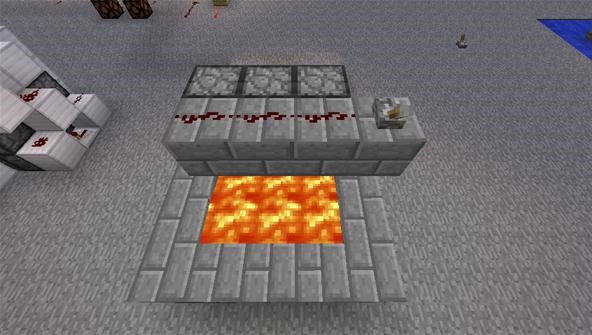 Then make one more, and put a switch on it. Or, alternately, run the redstone to a switch inside your house. Your call.

Step 9 Time to cut someone

You're done! You now have a functioning lava blade. Here it is, clamped off: 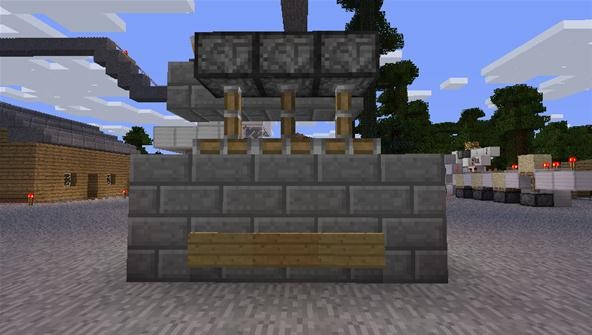 And then turned on! 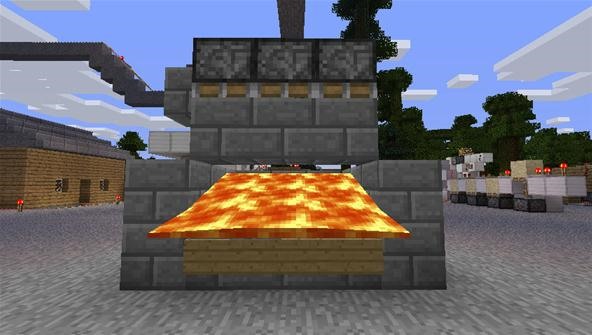 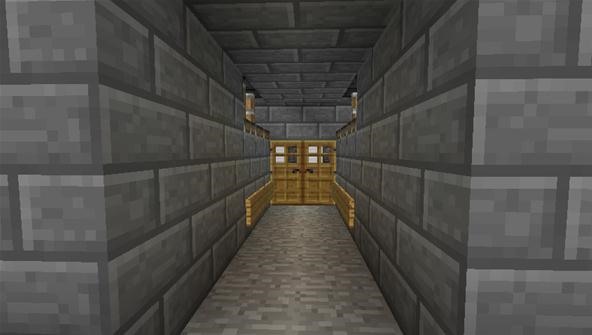 Simple-looking corridor, right? But with the flip of a switch... 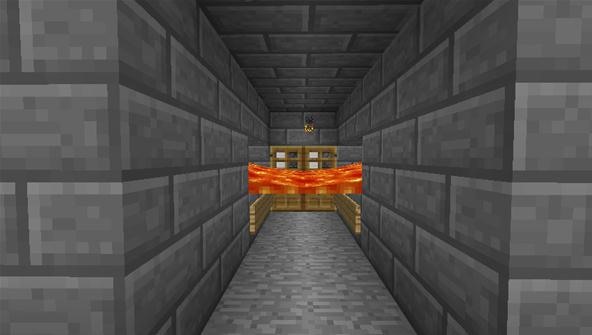 Blades of lava spring out from the walls and annihilate your foes!

I don't know about you, but that's a corridor I sure don't want to walk down!

Silverbug12 The Amazing 9 years ago

OOOOhhhH!!! Hide the switch, out lava on the other side of the door, (Only you know to jump) And you have a pvp server trap!

Lava blades <3 . Another classic design. I also used this in one of my first survival worlds to kill mobs from my large spawner. I had a lava blade on my spawn tower and I used the drown trap on my skeleton spawner room. I'm glad that people bring these back up, as they are such great designs! Of course, we didn't have pistons back then, but that is more for looks and safety than actual use against mobs. Back before we had everything automated, people's traps were so much more creative. Instead of crushing walls nowadays, people took advantage of the physics to create extremely original designs to do their tasks. Thanks for posting these trap designs, Austin!