No one likes having their home invaded, and sometimes you just don't want to have to wait those precious few seconds for someone or something to drown, suffocate, or burn up. This trap utilizes gravity to destroy anyone who may want to pillage your home, be they monster or player. No drowning or suffocating here... they just go splat at the bottom of a deep hole, and you can instantly forget about them.

Here it is in action:

Now, let's see how it's built!

Step 1 Dig a deeeeeeep hole (but not straight down!)

The first step is to dig a hole that's 4 blocks wide, 13 blocks long, and 25 blocks deep. It only takes 23 blocks worth of fall damage to kill anything, but I like to add an extra two blocks, just in case.

If you're playing in survival mode, you may want to dig downward at an angle until you reach the very bottom first, just to make sure you won't accidentally encounter any caverns full of lava. 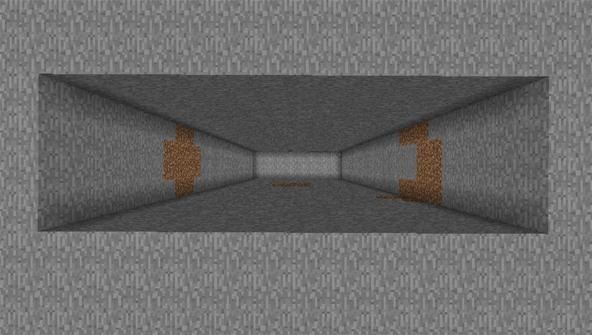 Step 2 Give your hole some hole-y friends

Now dig two more holes flanking your original hole. Each one will be 3 blocks wide, 11 blocks long, and 3 blocks deep. 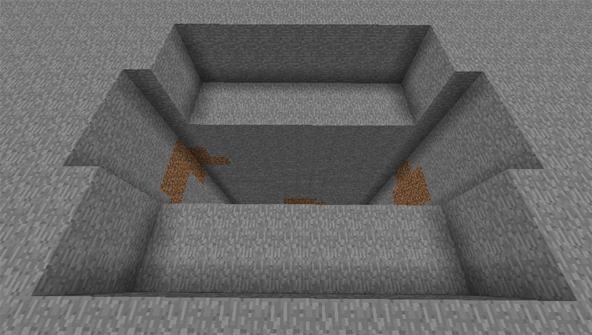 Give your secondary holes some guard rails, just one block high. 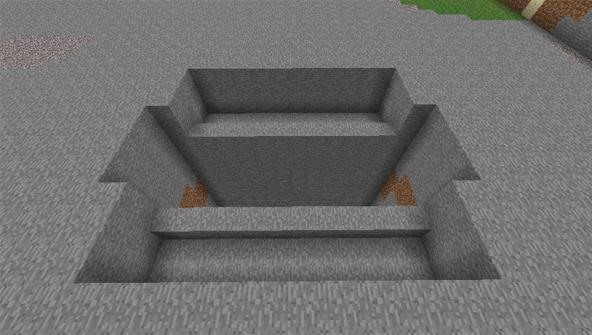 Step 4 Add a step down

In the very middle of your guard rail, break two blocks downward, so that you have a single step going downward. 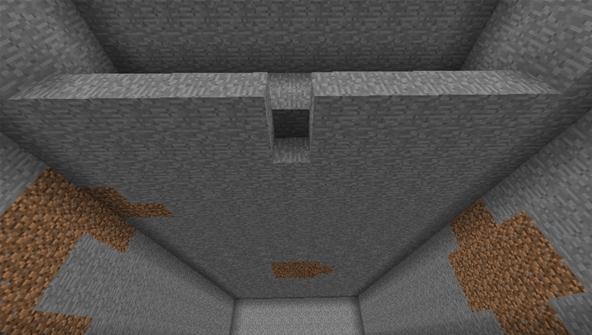 Make a bridge across the gap exactly like this. You may need to use some scaffolding blocks, but destroy them when you're done. 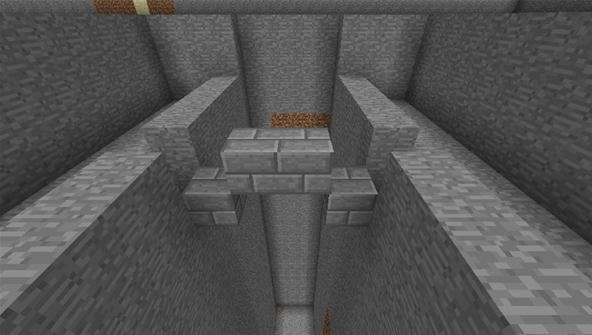 Along your guard rail, add a row of redstone torches, pointing directly up. 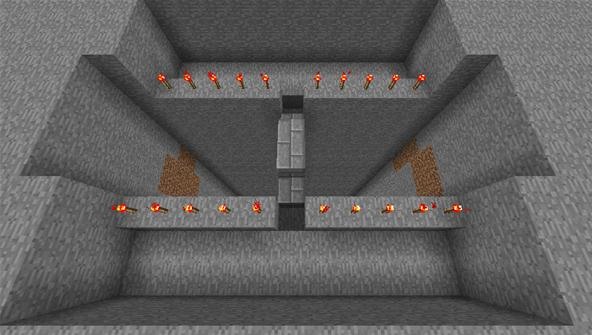 Step 7 Need I repeat myself?

Now add repeaters pointing at each torch. Personally, I like having them on the second delay setting, but that's up to you. Your mileage may vary. 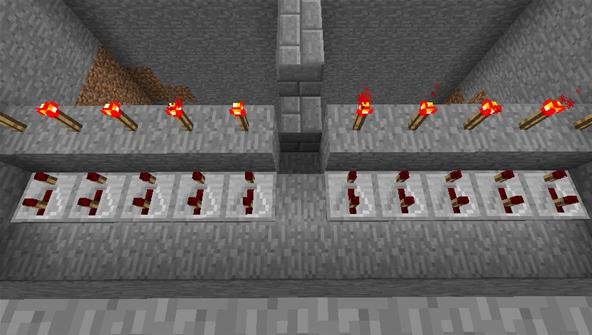 Now add redstone wire to every open square that isn't at the very bottom of your deep hole. 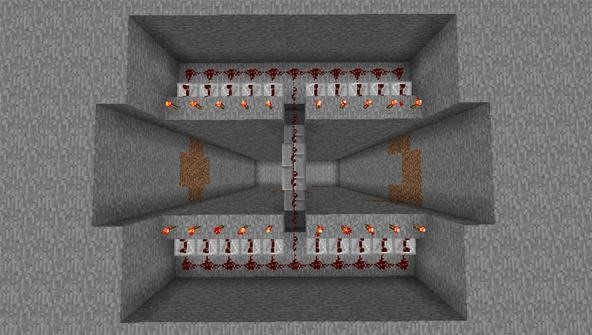 Step 9 Cover it up

Now that your wiring is entirely done, we can start covering it up, one stage at a time. The first step is to add two rows of blocks on each side so that only your torches and your deep hole are uncovered. 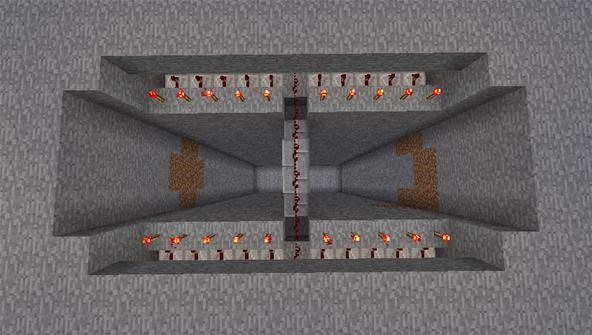 Now add a row of pistons, facing inward, on each side, level with the ground. 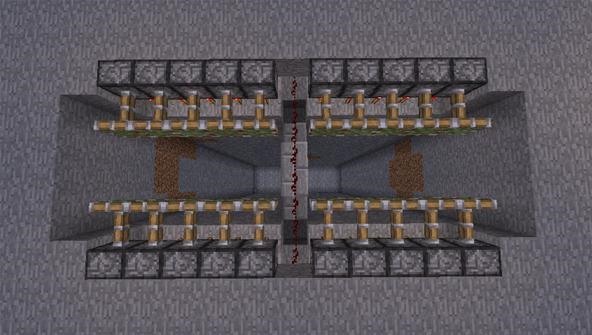 Now fill in every square at ground level, so there are no visible holes. 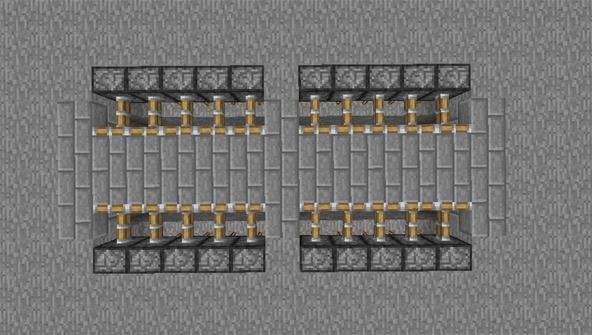 I recommend using either stone or wood so that you can match the pressure plate you'll be installing, but you can really use whatever you want. I used stone brick for contrast.

Step 12 Cover up your pistons

Now add blocks on top of your pistons to cover up the mechanism. Do it to both sides. 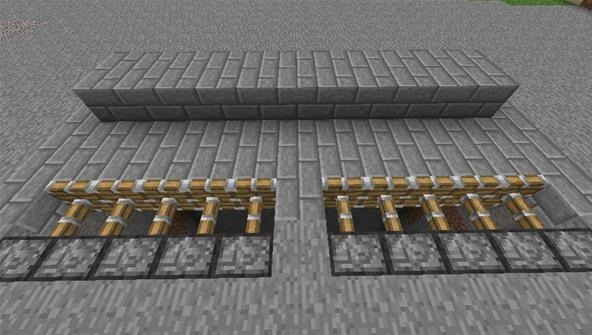 Again, I used stone brick, but you can use whatever you want.

Now add pressure plates to the very middle of your little hallway, and you're done! 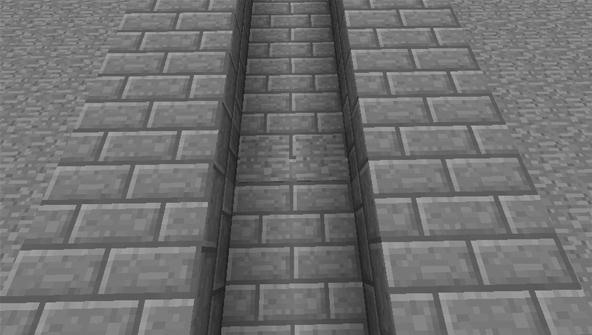 If you look, you can see the pressure plates in the middle of this picture. Like I said, I recommend using a block that matches the stone or wood pressure plates so that they're invisible, but that's all there is to it!

Now that you have a working, hidden mechanism, I recommend that you decorate it. At the very least, you should put this in a hallway exactly two blocks high so that nothing can jump over it. However, the implementation is ultimately limited only by your imagination! 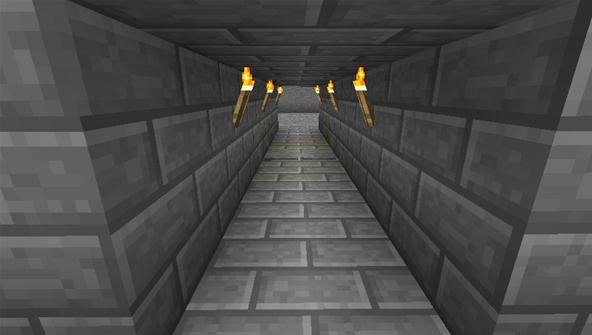 Gee, this hallway isn't ominous at all. 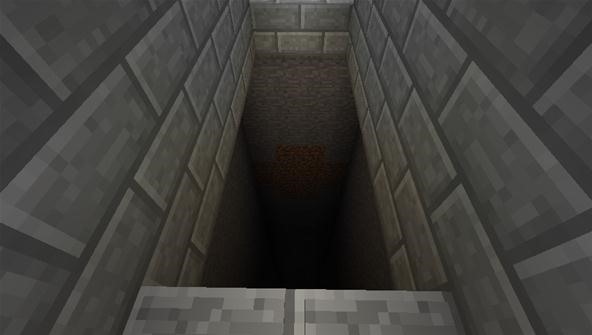 What I love about this trap is that it's just plain mean. With the pressure plates in the middle of the trap, once someone steps on them, there's just no way off that doesn't involve dying (provided that you have flying disabled). So provided that the initial opening didn't kill them, your trespasser or monster can either stand there forlornly forever, or they can purposefully step forward into oblivion.

Forcing your enemies to commit suicide in order to escape is just a mean thing to do!

Its gonna be hard to get all those pistons on a PvP survival server.....oh well time to try it.