The outer skin is nearing completion with only one more lava panel to go (in addition to 2 more water panels on the inner-sphere, but they're a cinch compared to the 1-2 month slog each lava and double-glass panels take to make).

Here's a few images of the final panel coming together in the evening push. It's amusing that the PVP sphere (inside WhiteStar) looks small considering it's 155m meters in diameter. The SpawnSphere looks dinky - but is 55m in diameter, which is larger than the diameter of my massive zeppelins.

The world map view can be seen at : 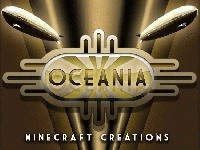 And when can we download it/ play it? :D

It's coming along slowly but surely. I'm considering making the 'empty' WhiteStar available on Minecraft World Map - but the final one 'may' slip into 2015 (I suspect the 'biomes, buildings, and certainly the redstone will take me beyond Dec). The empty one would be ideal as a canvas for others to build in methinks.

I'm considering sending it to some of the Yogcast crew because it might be useful for them (I'd love to be part of their builder team quite frankly - so would anyone I'd imagine). I've been watching them a bit and it'd work for several of their PVP matches and am trying to integrate stuff they could use in their videos. If nothing else they'd have the skills to create any number of server-configurations for it to shine better than I can (my server skills are nearly-nil) XD