One of the newest features to be added to Minecraft is the hunger bar. Since the final 1.8 update, players go hungry over time if they don't replenish themselves. Hunger is also determined by the level of activity, meaning the more you run about or kill monsters, the hungrier your character becomes.

How do you satisfy the craving? When an animal like a chicken is killed, it drops food that can be eaten. Players can also craft bread and cake for food, as well as farm wheat, melons and hopefully soon—pumpkins. As of the 1.9 pre-release and the upcoming final release, players will have the additional option of breeding animals in captivity for food.

In this guide, we'll be going over food sources, their pros and cons, and how to optimize your output of them.

Let's first go over the types of Minecraft food and a little bit about them.

How to Manage Food Farms

Food farms can be anything from a pig pen to a melon patch, and they make the task of keeping your character alive a much simpler one. Let's look at the various kinds of farms and the best way in which to manage them. 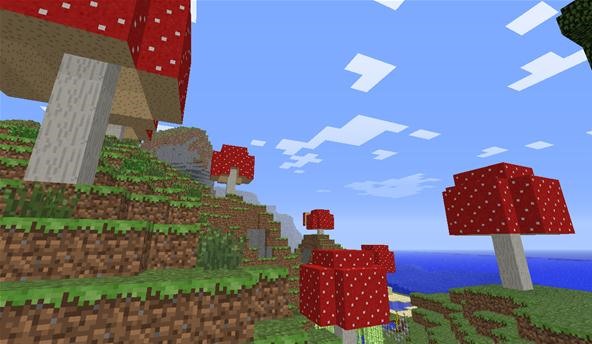 To make stew, all you need is a wooden bowl and a brown and red mushroom.

I can't speak enough about mushroom farming. It really is the best food source. 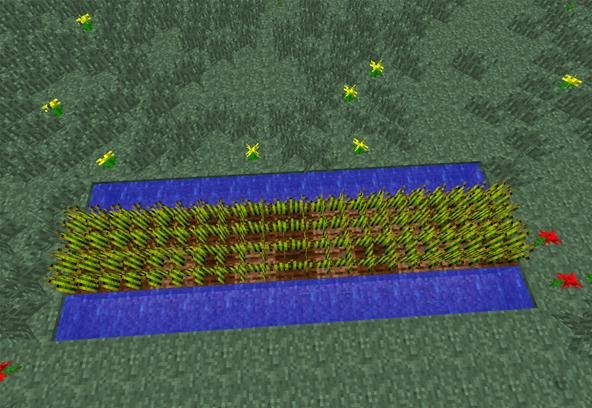 Once you can create and maintain a wheat farm, it's really rather great. From wheat you can create bread, cookies, and the most powerful food source of all—cake. 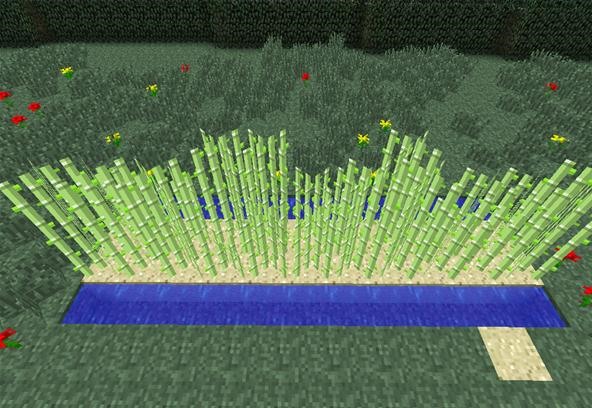 Sugar from sugarcane helps make cake and is later used in potion making, though overall it is a much less necessary crop.

You do not have to place long troughs of water to grow and keep farmland hydrated in Minecraft, though it certainly does the trick. There are some more efficient methods of water use you may wish to implement.

Water blocks will hydrate up to four farmland blocks away, both horizontally and diagonally. This makes for some interesting permaculture in-game. For instance, you can grow four plots of farm ground, each on a different level, if you place a trapped water block in its center as shown below. 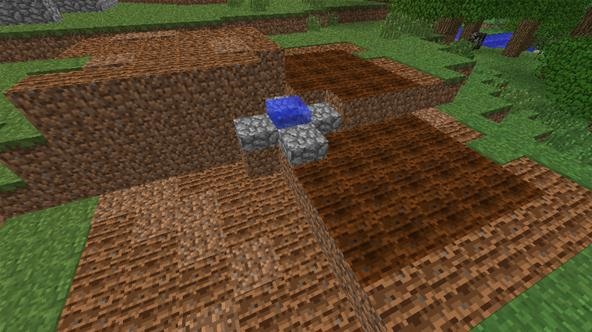 This saves both time and water and looks really cool when you have different crops growing.

Here is an example of an efficient farm with two crops growing next to each other using the same principle as above. 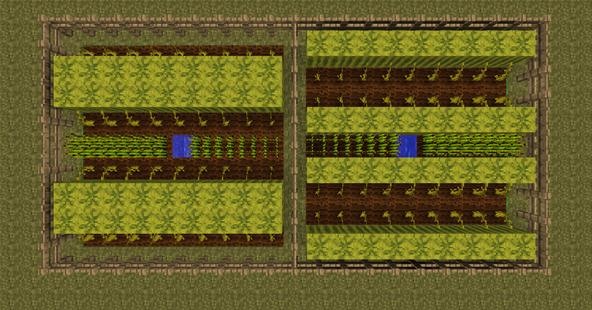 How to Manage Animal Farms

Keep in mind animal husbandry will not be implemented until 1.9 is released. If you currently have the 1.9.4 pre-release, you can play with it there.

To tame, breed, and harvest wild animals into domesticated food sources, use the following process:

There are two other forms of food that are much different than every other kind. One is rotten flesh which is dropped from zombie mobs. However, rotten flesh poisons the player, but it can also be used in potions.

The holy grail of all foods is the golden apple. Golden apples restore five hunger bars, which is one less than cake. But they are hard to find, as they only spawn in dungeon or abandoned mine chests. 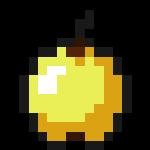 As Minecraft nears completion, we hope to see more use of farming and animal husbandry implemented over time, as it is both interesting and fun to play with and is perhaps one of the most satisfying pastimes in Minecraft. Stay tuned to this guide for updates as content is added!

Great article! On the topic of rotten flesh, I dont see any poisoning effects; it like normal food, except the hunger dosent stay.

Hmmm did that change in version 4?

Im still in 1.8.1 so mabye im wrong, but when you eat rotten flesh in 1.8, it refills your health but the hunger goes down again

Wow, thanks for the info!

I recently have been breeding animals on another SMP and its really fun. Except the animals (Ususally the baby) escape the pen whether the pen has a roof or not. I've even completly closed it but it still manages to somehow escape. It's probably a MP thing but it gets irritating -_-

Strange, you may just have to use blocks instead of fence!

Its aglitch actually niko, with abby chicks they can get through blocks its weird. but also they get stuck on fences often. I think notchis going to look into it.

You can also craft golden apples, and zombies don't drop bones, skeletons do.

Just saying. If you want to eat rotten flesh without any of the negative side effects, just drink milk immediately afterward. It cancels the poison.

Interesting article. Even though this is an old article there are some things that are outright wrong even back when the article was released.

Zombie bones. Haha I almost cracked up when I saw that. No, skeletons drop bones when they are killed, and they can then be crafted into 3 bonemeal.

Wheat I'm pretty sure doesn't have just 3 stages, even back in Alpha.

Sugarcane CAN be planted on Dirt (and Grass)!!! And it is not the same or nearly the same as wheat farming, you need to till farmland for wheat to grow, sugarcane doesn't. This has been the case for a very long time. Sugarcane also needs to be adjacent to water, which I guess was already known but not stated.

Also the image with the plots of dirt around the water held by cobble slabs. Well as you can clearly see, the two quarters of farmland on the left aren't hydrated. This is because the water needs to be on the same or one above level as the farmland to hydrate it. And this has been around for a very long time as well.

i built a automatic food farm that gives me 4,606 food every hour

TabbyCatt A Hargrove Wagner 7 years ago

If you cook the rotten flesh it becomes flesh then cook again and no poison ;) yes canabal ewwwww lol