Minecraft never ceases to amaze, from programmable pianos to serial killers. But now someone has tackled M. C. Escher's famous Relativity lithograph from 1953 that depicts a world not bound by the normal laws of gravity. It's an amazing puzzle of a three-dimensional world trapped in a two-dimensional image. Bergenco's version does it justice. 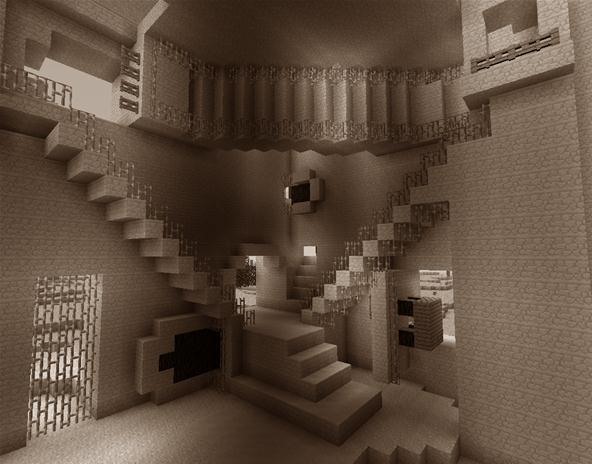 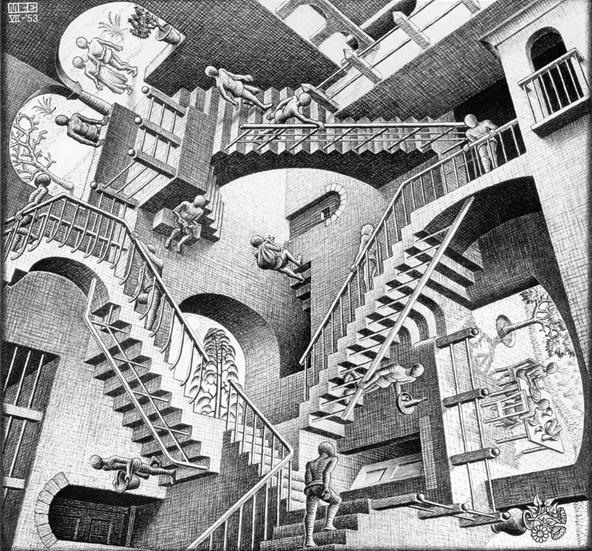 But this isn't the first time a Minecrafter has tried to recreate Relativity. Others have tried to build the sideways and upside-down staircases and awkwardly matching handrails in their sharp edged Minecraft homes. This is Bekalb's simpler version... 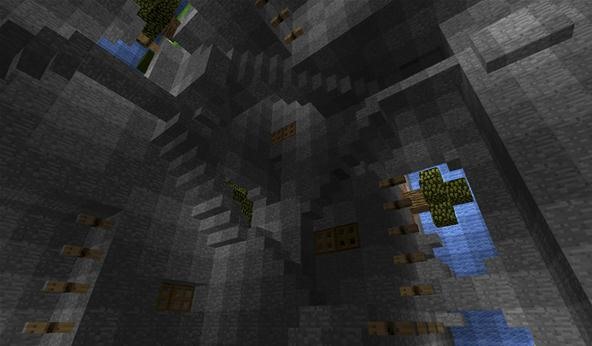 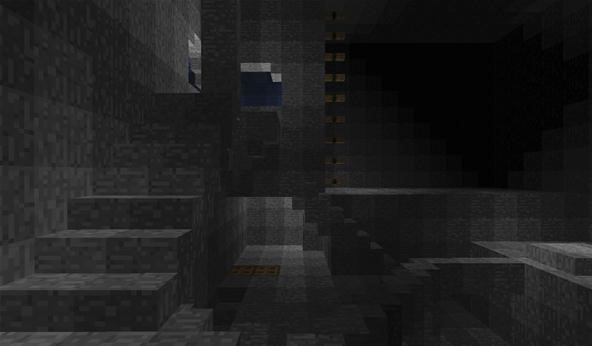 And here's an earlier version Bekalb worked on... 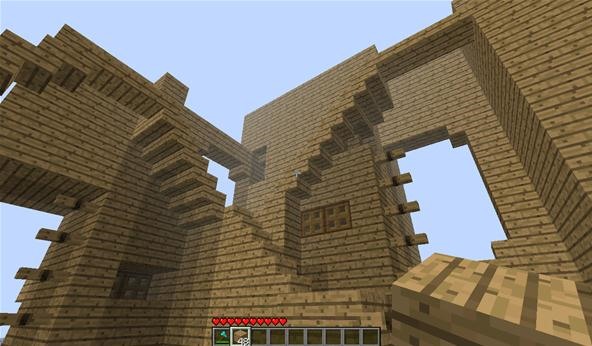 Also, cyphern's version of Relativity looks a bit more elaborate, though it's missing the handrail system... 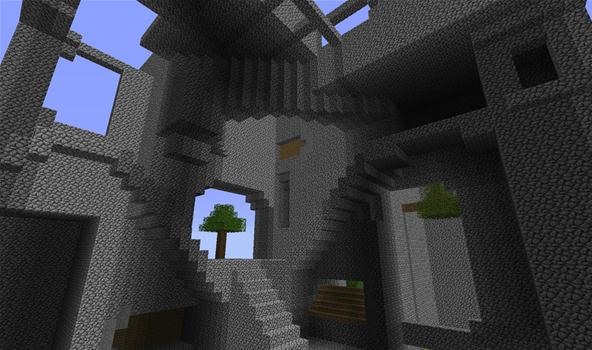 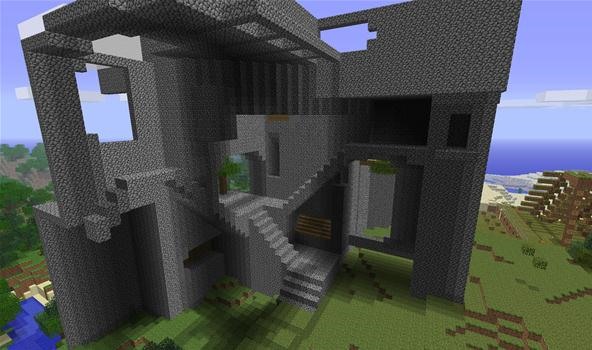 Bergenco's version is definitely the best out of the bunch, but I can't help but think that it could still be improved. This really makes me want to give in and fire up Minecraft for the first time, see what I can do. Has anyone else made a Relativity house? I remember before the time of Minecraft, people used to try and recreate these optical illusions with LEGOs. 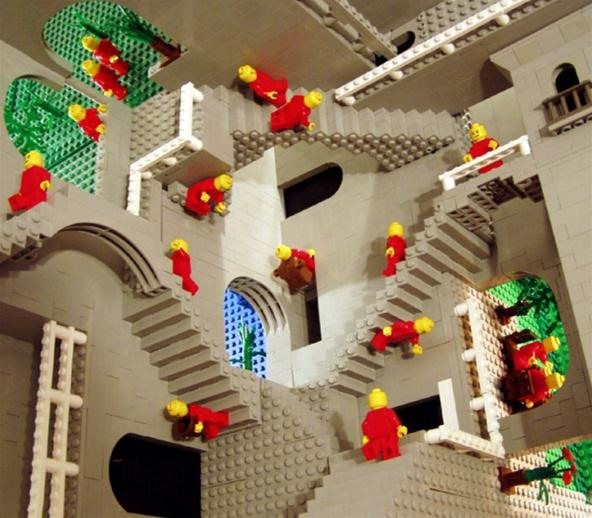 How about something a little smaller, like the impossible cube, which comes from the obvious ambiguity of the Necker Cube, presented wonderfully in Escher's Belvedere litograth, where a little boy is playing with a type of impossible object. 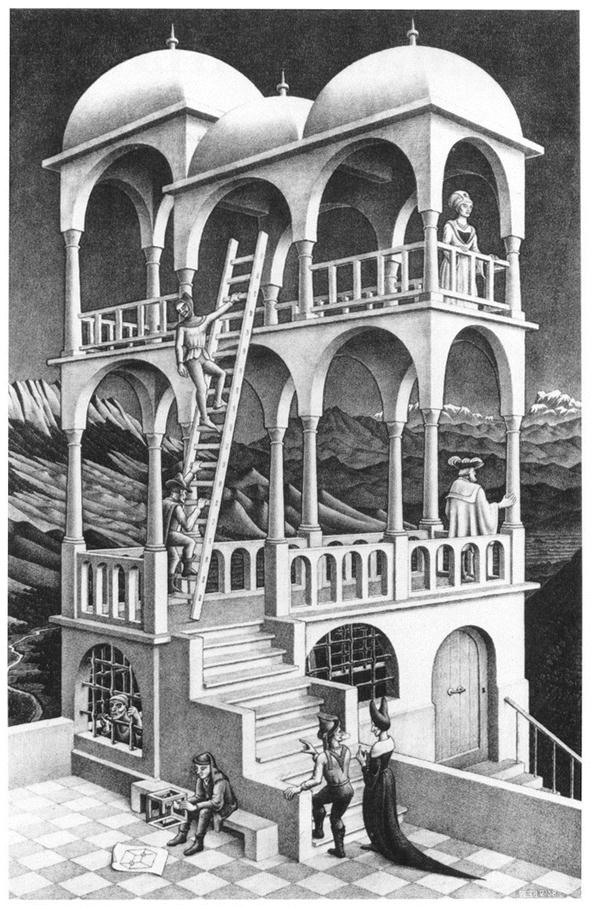