Throughout this integral guide, I'm going to aid you along the path to bigger and better builds. Often times, people just jump in and build, but we mustn't hurry things if we want our builds to be all the more satisfying when they are finished. Building the actual builings should be the easy (and the most simple step in any great build), but we have to start with what's underneath your pixelated feet.

Notch and his team at Mojang have created this vast world with numerous different terrains that are never the same. This being said, some are too snowy or a desert, or even a hill that competely defies the laws of physics. These simply will not do for all builds. Thus, we have to change the terrain, which is known as terraforming. An example of something terraformed would be spawn. Did you think that island was natural? Well it isn't, and neither is the sea floor below it (it is only 1 block deep). I spent nearly ten hours in preparing that area for the building to be placed there. Thus, if you want to become a really good builder, than you should stop to consider this guide and learn how to terraform.

Now, this guide will show you the step-by-step that I use as I build on the next section of the farmed town, which I have already begun in the picture above. This is the begining look of the area: 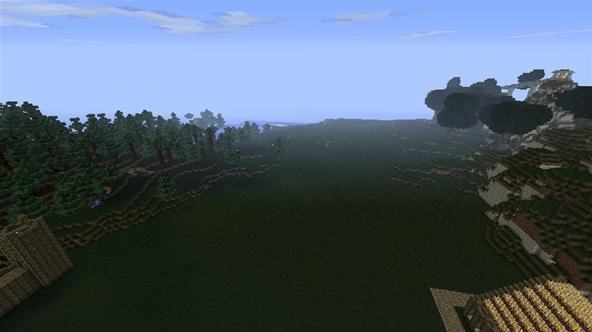 Now, from the picture above you can see two major problems that may be caused by the natural terrain given to the server. On the left, the hill is sticking out and dipping in and out, which will make building a wall around this area treacherous at best.

What's worse, from my experience, it's almost impossible to make the walls look good when they make such unnatural turns. Thus, I will simply push back the hill so that my wall can make an almost straight path through, leaving me with less hastles later on. The second issue is the area that is sticking out in the middle right. In the future plans, I would be unable to use that entire area for the simple fact that nothing would fit on a piece that small. Thus, let's get rid of it all together.

Now, I know some of the veteran Minecraft players will be thinking, that mountain on the left could just be voxel melted in. In all honesty, I absolutely loath the voxel smooth and melt brush because it leaves the area looking tremendously unnatural. Thus, for that sake, do everything by single click.

I also added tree removal to this category, as it is as simple as breaking the logs and leaving it, but be sure to remove all trees that get in your way. And in my opinion, remove all the trees period in the area you are going to use because if you truly need a tree in your city or town, don't use a default tree. 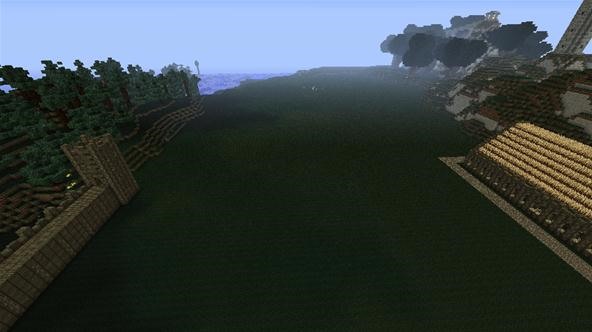 Is it just me or is that easier to work with?

Before we get started: 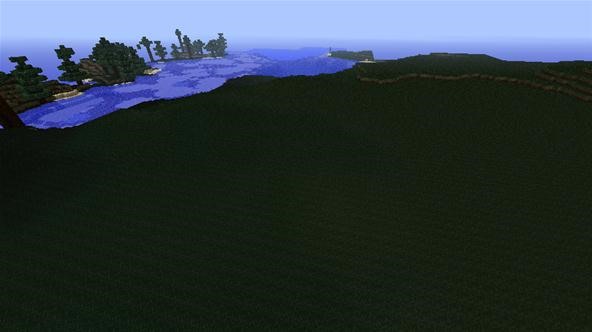 Now, most areas that are randomly generated will have a few if not a lot of holes and issues with them. Quite literally, this means that you have to fix them all beforehand—and no, I don't just mean in the area you will be working in. You have to do the area around them as well or else it will look like you only half finished a job. So that being said, there are four things that you have to do to finally be finished terraforming. Fill in holes and small unnatural looking ponds, remove long grass and flowers, (in my case) change the bottom of lake to one material (dirt or stone), and remove sand from the edges of lakes (it just doesn't look right in a forested area to have sand). 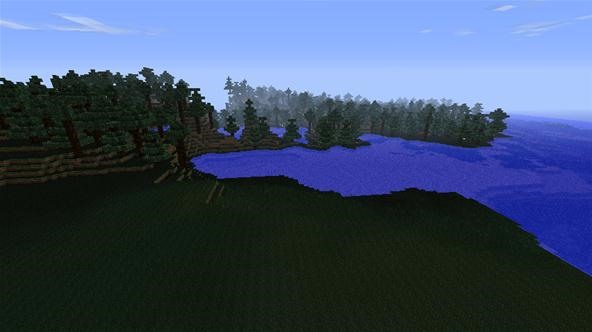 Are you using something like a world edit SPC? Or is it my hand?

All done by hand in this article

This is awesome article, teaches player the importance of terraforming. A thumbs up for all the people who helped make this. :)

Hey is Doggysniper there, it's shadowbalrog and I want to help get the server up again please reply... Someone

Haven't been on since Maro ran it, but yeah I don't know if it's even possible at this point. Wish I could help. I remember the times on WonderHowto fondly.